This author has not yet filled in any details.
So far Robert has created 64 blog entries.

The copper weathervane has been an important feature in most Australian homes and outdoor structures. It has evolved into a decorative item which can add years of beauty and functionality to your home. A little of its history will be discussed and reviewed.

The original purpose of a weathervane was to indicate the wind direction. However this device which is most commonly produced from copper or brass has evolved over the years. The first weathervane was installed on the Tower of Winds in Athens and was shaped like the Greek god Triton which was a half man, half fish figure.

The figure on this weathervane was four to eight feet long which is substantially larger than most weathervanes today. Throughout history, the copper weathervane has featured unique shapes. 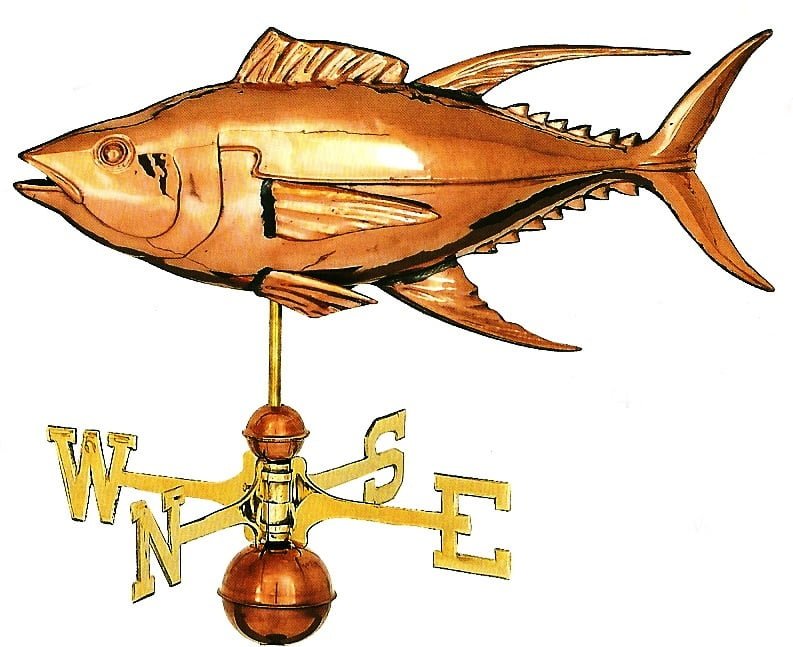 The next major phase in the history of copper weathervanes featured a quadrant shaped wind vane with an animal or Norse fable creature on the top. These weathervanes were found in ninth century Viking settlements and on ships. However they can still be found on Swedish and Norwegian churches today.

For almost 1,000 years following a decree from the Pope, weathervanes were required to be installed on every church in Europe which featured a weather cock. This is a rooster shaped device which symbolised Jesus’ statement that the cock would not crow the morning following the Last Supper until the disciple Peter denounced him.

This helped to popularise rooster shaped weathervanes throughout Europe and eventually America. They are still a very common style produced to this day.

Beginning in the early 1800’s weathervane designs featured many patriotic themes. They featured symbols of American freedom including the Goddess of Liberty and the American Eagle. The eagle copper weathervanes remain very popular in current times.

Other designs in the 19th and 20th century included racing horses as well as many figures created with a simplistic silhouette design. Throughout its history, copper weathervanes have remained the material of choice due to their good workability, strength, and corrosion resistance.

Equatorial Sun Dial. Here is how Anthony Demassi of Horsely Park set up the extra Large sized Equatorial Sun Dial. What a great result He has made a real feature of it mounted on a substantial plinth and shown to advantage on a sea of crushed Pebbles. The result is a real talking point and feature of his terrific garden. Anthony runs Demassi Flowers and is obviously in tune with setting up garden ornaments and features. We like your work!!! 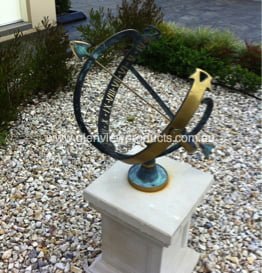 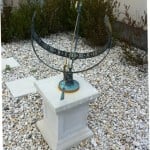 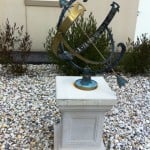 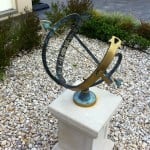 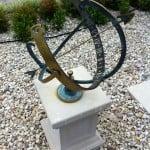 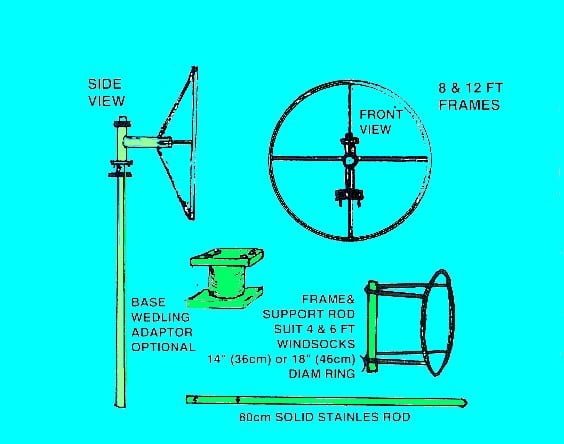 Thanks for your time Saturday afternoon

Have some piccies here for you to select from use as you wish.
The landscaping is as yet incomplete but the sundial looks good in situ. 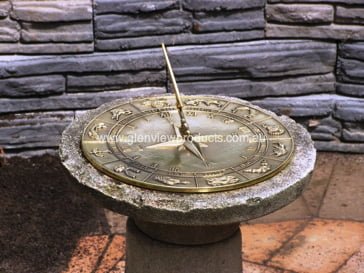 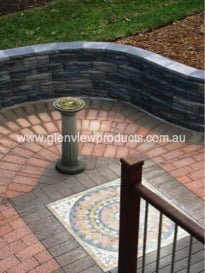 Just wanted to thank you for the prompt delivery of our Magpie Weather vane. We received it within a couple of days & were very pleased with the service. We have had many admirers of our new Gazebo & the Magpies are a perfect finish. We are Collingwood (AFL magpies) supporters but not necessarily the sort of people who usually go for footy type of merchandise, but this is subtly perfect. We have an 80 year old man next door who is a mad pies supporter & when we called him out the day it went up, his smile was something to see. If you are ever down this way feel free to come & see it. 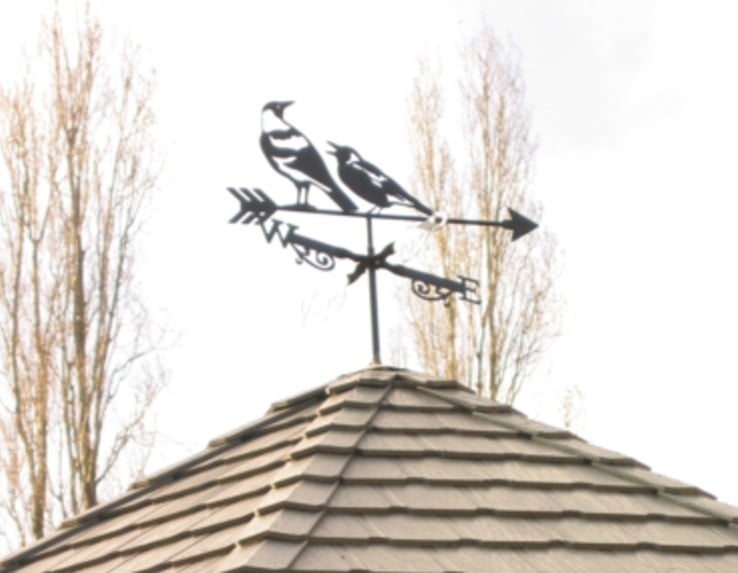 Here is a picture of our Kookaburra weathervane. 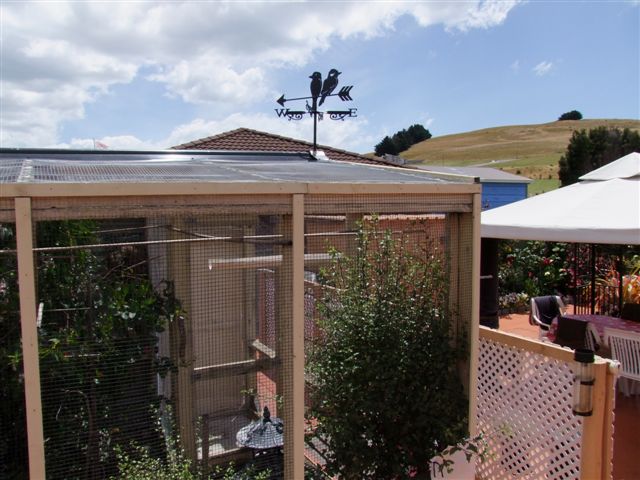 24 inch high Model Windmill, Table Centre.high enough to stand out above the wine glasses. Attractive and dominant without being overpowering. 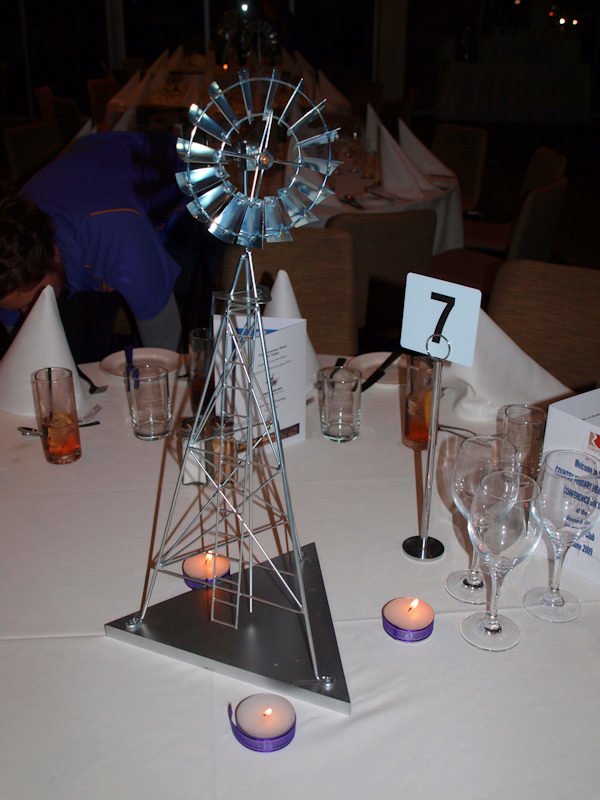 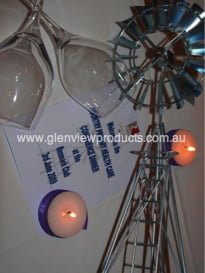 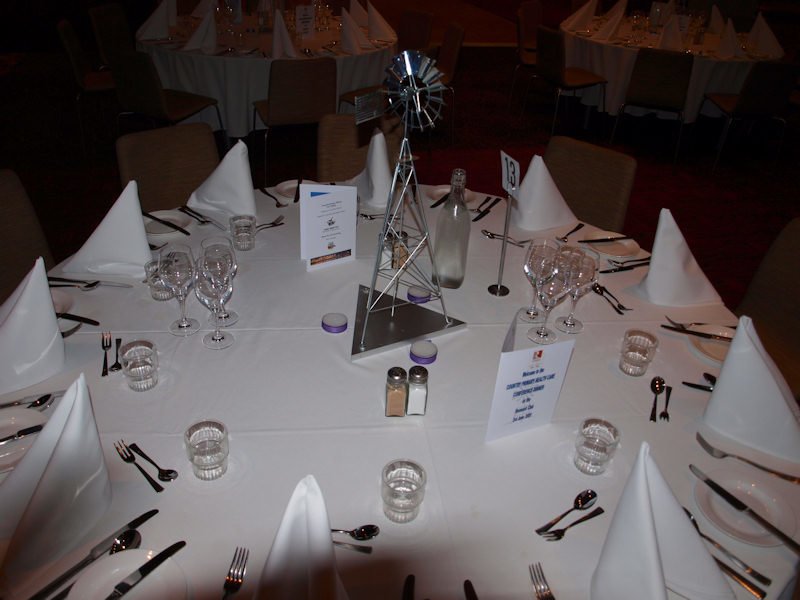 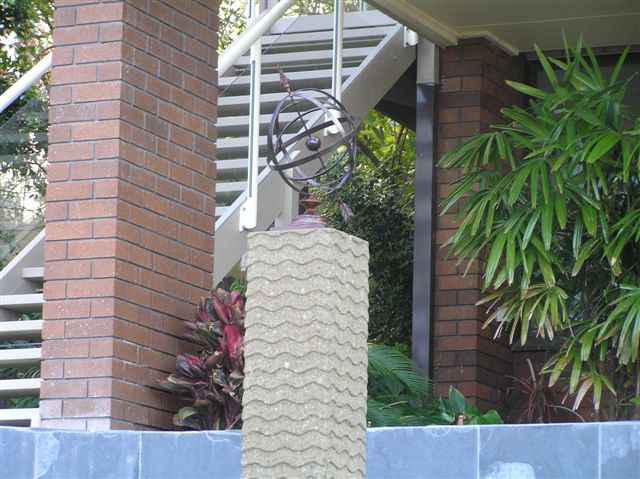 The Banner Weathervane arrived safely yesterday, and I installed it in the afternoon, and also painted the bracket. It looks fantastic! Unfortunately it then started to rain, and is still raining heavily, so I haven’t been able to take any photos. I’ll send some when I can. The size and the design are exactly what I had envisaged, and you have done a superb job of crafting it. I hadn’t expected to be receiving directionals as well. I don’t think the original mediaeval weathervane would have included them. So I left them off when I first installed it – and it looks good like that. But then my wife persuaded me to add the directionals – and it looks good with them too, so I’ve left them on. I am very happy with my Banner Weathervane. Thanks again. You’ve done a great job!

Thanks for reminding me about the photos. I arranged for a few to be taken yesterday, although it was rather overcast. Here are some of them. As you see, the weathervane looks fantastic.

Thanks again, and regards 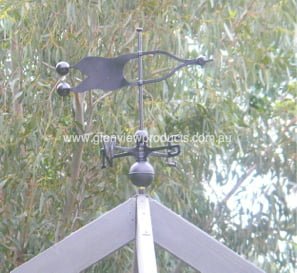 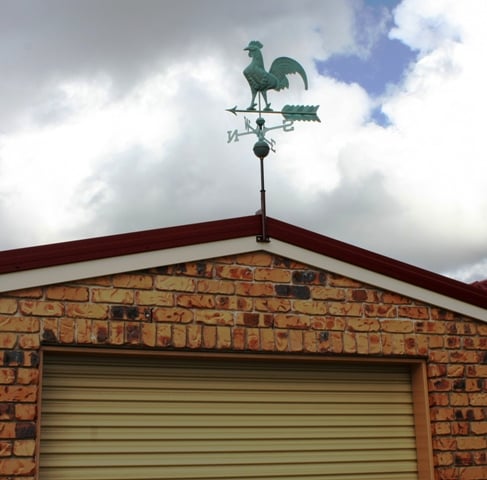